YOU WIN PRIZES EVERY NIGHT 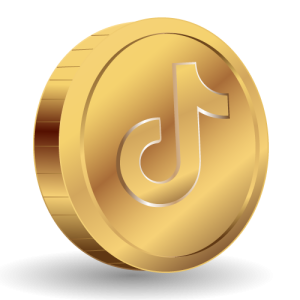 BATTLE OF
THE SEXES

Do you need more info about the Game Shows or Prizes? Join our mailing list for upcoming events!

ARE YOU A TAPPER??

You could stand a chance to win awesome prizes from us and several small business on TikTok.

If you can’t enter with an 1000 points, then all you need to do is exercise that
tapping finger throughout the ranking!

We got you, so click the link and get more info! 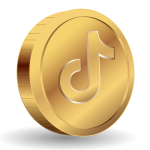 How The Day Will Progress

Shimone van Staden (@shimoneq) will be conducting account reviews for our Academy Members on a monthly basis.

If you would like to receive reviews from us, or know more about the Academy, you are welcome to join our program. We also give trending audios and ideas twice a week for these Members on our Whatsapp group.

Registration starts from 7pm-8:00pm for both round 1 & 2 on Thursdays & Saturdays.

Enter a Game Show with a Butterfly (169 points) to play along and stand a chance to win a TikTok business prize valued at R250 (incl. delivery).

Enter with 2 Butterflies or more, play with and stand a chance to win an awesome BeMata mystery gift box valued at R600 (incl. delivery).

If you don’t have coins to enter, you can also purchase a ticket for each game show. Please see each page respecively.

Pack Gift Boxes With Us

Drop by in our Live every Friday at 8pm where we will be packing gift boxes so you can see what goes into them. You can purchase the boxes on our Live for a discounted price, ONLY during the Live. YOU DON’T WANT TO MISS OUT!

Interview With The Stars

We get together with TikToks biggest stars and chat to them about not only their growth, their future projects, their struggles growing their account, but plenty more. Get in depth information from the greats themselves. Maybe there is something to learn, or maybe you just need a bit of motivation. Join the interview on our Live.

Are you the hightest tapper?

We know that not everyone is able to participate by gifting the required amount of coins. Therefore, what we have done, we have set up the #TappingSquad. This is where you are able to come and join the Lives to participate in your very own competition. Stand a chance to win BeMata prizes, as well as being entered into the following evenings game show.

What do you need to do?

Start off by finding the “Highest Tapper” video on Eugene’s profile that you need to duet with screenshots.

What screenshots do I need?

While on Eugene’s Live your job is to tap away at the screen. Every time you reach a number, take a screenshot of your tap number during that session and at the end of the day duet that video with your screenshots for that day.

What will happen next?

Our team will go through the duets and the person with the highest amount of taps will win a BeMata gift voucher as well as being entered into the following night’s Game Show. Or a Game Show of your choosing later in the week.